Last Night At Midnight, They Took Democracy Away. They Want Us To Lose Heart … We Shall Not.

THEY ARE THE LAWBREAKERS!

We, the people, passed a law that made certain vehicle taxes and fees above $30 unlawful. We voted to have that law take effect yesterday. We must respect our law even as the government does not.

Last night, at midnight, they took democracy away.

Do not let them get away with saying “oh come on, it’s no big deal, it’s just about $30 tabs.” This is about an election and a decision made by the people. It’s about the basic principle of one person, one vote. There was a campaign, there was an election, there was a vote. 1.05 million voters voted yes, far fewer voted no.

In a democracy, the side that receives the most votes wins.

But here, now, in Washington state, that system has been corrupted.

Last night, at midnight, they took democracy away.

They ask us to comply — we cannot. If we do — if we roll over and pay government charges that we just voted to make unlawful (for the 3rd time), then we will have lost much more than an unlikely ticket for expired tabs.

This is a crisis that demands action, not subservience.  We refuse to comply, to cooperate, to bow, to grovel for our right to have our vote counts.

I am not asking people to riot or break windows or burn police cars. I am advocating peaceful, non-violent, non-cooperation. I’m asking citizens to do what I’ve done and to not renew your vehicle registration:

Until the government respects the people’s voice, the people must not comply with the tyranny of one city or succumb to the political ambitions of a corrupt AG who purposely sabotaged I-976 in order to pander to that same city.

Last night, at midnight, they took away our vote. They want us to lose heart. We must not. This is about the people’s right to represented, not ruled.

Throughout history, many have sacrificed much more for their rights: 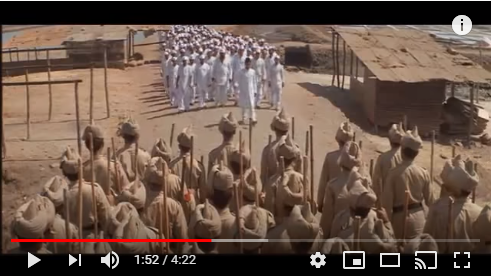 Those men and women were fighting an oppressive government that refused to allow the people their rights and their dignity.

Last night, at midnight, they took democracy away from us.

Do not succumb to cynicism – that’s exactly what they want. They want you to believe that it’s impossible, foolhardy, and stupid to believe you can beat city hall. I believe you can. But it takes all of us to do it.

* Tues, Dec 10, 3:00 pm, join me/us as we pack the Pierce County Council chambers as they vote on whether or not to intervene in the I-976 case. (Pierce County Council, 930 Tacoma Ave S, 10th floor, Tacoma). Email the council right away (pccouncil@piercecountywa.gov) and tell them: “You must take over the defense of I-976 because this corrupt AG is purposely sabotaging I-976 to further his own political ambitions. We’re stuck in King County because of him, we’re stuck with a conflicted judge because of him, I-976 is on hold because of him, he lost in lower court, he lost with the supreme court – he’s got to go! We need real lawyers to fight for us.”

* Fri, Dec 13, 9:00 am, join me/us as we pack the courtroom of this Jay-Inslee-appointed-AG-sanctioned King County judge – who is employed by and paid by the plaintiff — with citizens who demand justice. Our motion to name outside counsel — because of Bob Ferguson’s intentional sabotage — will be decided. King County Courthouse, Room E-713 (Judge Marshall Ferguson), 516 3rd Ave, Seattle.

Bob Ferguson has permanently and irreparably harmed I-976. It if further proof that Bob Ferguson has been purposely and intentionally sabotaging I-976 from within while trying to look like the great Savior — voters now know it was all an act.

We live in a beautiful state with a lot great people but the government we currently have only listens to the few, not the many.

I make you this promise: support me in this effort and I’ll give you a race for Governor like you’ve never seen before.