We are working like crazy to qualify our $30 Tabs Initiative.  But it’s important to stay vigilant about other initiatives.

Last Tuesday, I felt really bad that my legal challenge to the AG’s biased description for Initiative 1000 was dismissed by the judge.  I was upset with myself for not filing the proper paperwork with the court.  I reported and celebrated that I had delayed their signature start by 5 weeks, but I was disappointed that I had failed in my attempt to get the judge to rewrite the AG’s biased description.

I don’t feel bad anymore.  Because after Thursday’s press conference by the initiative’s sponsors and backers, I know that I-1000 will not get enough signatures by the Dec 31 deadline.  Why am I so certain?  It’s all these reasons combined:

*  The sponsors of I-1000 could have launched their signature drive in April, like we did for our $30 Tabs Initiative, but instead they started extremely late.  That means they only have 2 1/2 months to collect 350,000 signatures by the Dec 31 deadline — that’s gonna cost between $3.5 to $4 million.

*  Where’s the money?  When I asked the 3 former governors if they were committed to raising money for the campaign, they all said no.  No money, no signature drive.

*  Jesse Wineberry, one of the co-chairs, said they’d be doing a signature drive with just volunteers:

After the press conference, I asked Jesse about Inslee’s lack of involvement.  He said Jay’s people told him that the Governor couldn’t support the initiative because the initiative may end up on his desk.  I told Jesse that initiatives to the legislature don’t get signed into law by the governor (once they are approved by the House and Senate, they become law 90 days later without a governor’s signature).  He was incredulous.  He asked “But aren’t they a bill?”  No, I replied, they are an initiative.  “But who’s the legislative sponsor?”  The initiative is sponsored by the signers of the petition.  “But what’s the bill number?”  I said it’s not a bill, it’s an initiative and would be known as Initiative 1000. 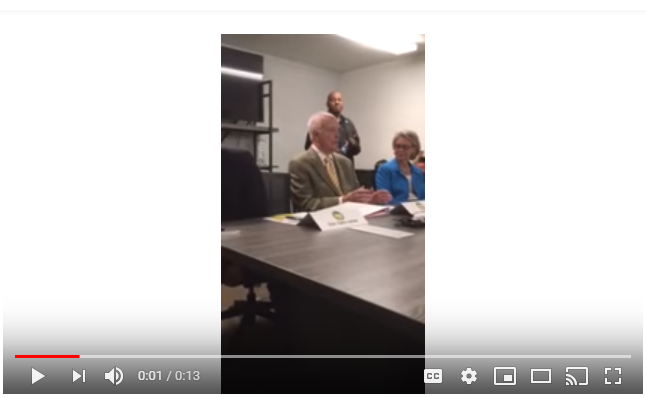 *  And the final nail in the coffin was (gonna be former) state senator Maralyn Chase: 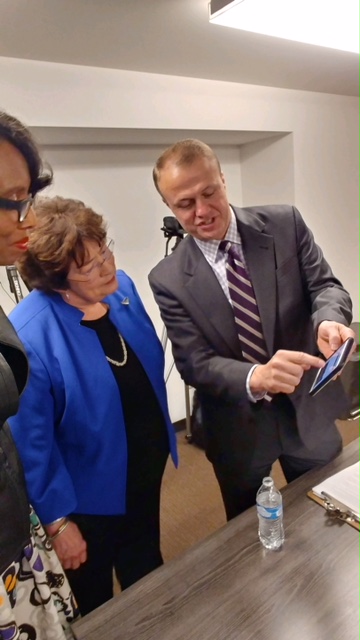 She announced to the group that if the signature drive failed, that she would introduce a bill that matched the language in I-1000.  She said she was “the back-up plan”.  What’s the problem with that?  You only do an initiative if there is no back-up plan.  Why should any of the initiative’s backers put in the time, effort, and tremendous expense for a signature drive if a legislative bill can be introduced that does the same thing?

It was amateur hour from beginning to end.  I-1000 isn’t gonna make it.  I know we’re taught to never underestimate the other side and we always assume they have unlimited resources and know what they’re doing.  But we also can’t ignore reality when it’s right there in front of us.

Now don’t get me wrong, I was overwhelmed by how nice everyone was to me.  They couldn’t have been more kind and gracious while I was there at their press conference: 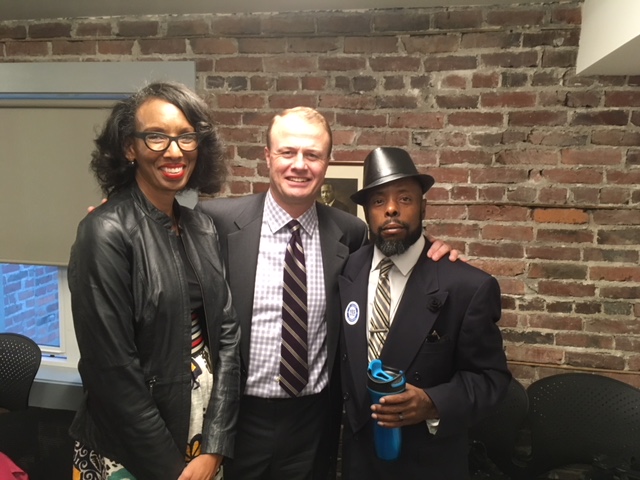 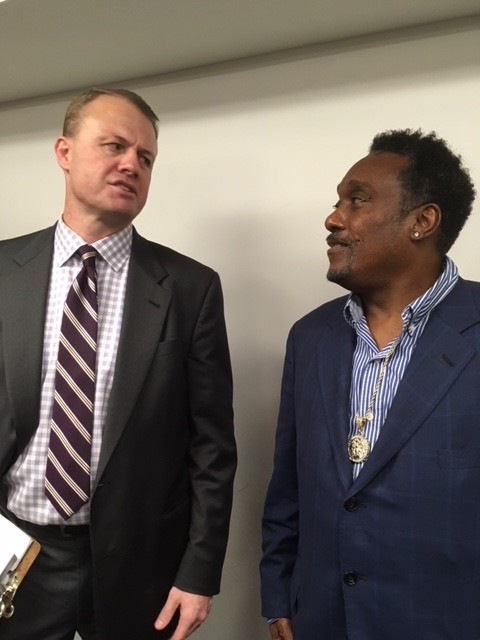 But facts are facts.  Initiatives are always brutally difficult, especially ones like I-1000 that tries to repeal a voter-approved initiative that was passed by 58% of the voters.

Think of it another way:  Jack, Mike, and I have been doing initiatives for 20 years.  We know the process backwards and forwards.  And yet, even with a wildly popular initiative that brings back our $30 car tabs, we nonetheless failed to qualify in 2016 and again in 2017.  And despite the fact that we started our signature drive in mid-April (5 months earlier than the I-1000 folks) and my wife and I sold off our retirement fund and loaned the campaign $500,000, we are still scrambling to qualify by the Dec 31 deadline.  In other words, we know what’s we’re doing (they don’t), our initiative is incredibly popular (theirs isn’t), and we started months earlier (they didn’t), and yet we’re still scraping by to qualify.

In those early 3 months, there were several mega-expensive initiative signature drives going on at the same time.  Those high paying campaigns caused Washington state to be a national magnet for paid petitioners.  I-1000 doesn’t have that.

Initiative campaigns must submit 259,000 valid signatures to qualify.  But the Secretary of State recommends 325,000, a big “cushion”, to make up for illegible handwriting, signatures by non-voters, etc.  So we have 2 1/2 months to get the remaining signatures by the Dec 31 deadline.