Seattle’s mayor: “We’re suing to uphold the will of Seattle voters” (not the will of the people). So it’s Seattle versus all of us outside Seattle.

When Seattle’s mayor announced why she was suing the people, she said “We’re here to uphold the will of SEATTLE VOTERS.”

Let that sink in.

But here, the voters outside Seattle have clearly said “come on, give us this one thing we voted for: we wanna get rid of this dishonest vehicle tax and lower vehicle costs for everyone.”

And what’s Seattle’s immediate response: “No, your votes don’t count as much as our votes do. We win anyway. All you hicks in the sticks must continue to pay this dishonest tax because that’s how Seattle wants it so that’s how it’s gonna be.”

Regular citizens outside Seattle want $30 tabs but Seattle doesn’t care. They won’t accept the will of the people, they’re only concerned with themselves. It’s Seattle versus all of us regular people outside Seattle. Socialist Sawant being re-elected says it all. This is a red state with a blue dot but it’s that blue dot that constantly calls all the shots.

When will elected officials outside Seattle stand up to bullies like Durkan and Sawant and represent all of us who voted yes on I-976 and are sick and tired of their arrogance?

Steve O’Ban is one – here’s his letter to the AG today highlighting Ferguson’s obvious conflicts and telling him: “Your office must recuse itself and hire outside legal counsel to defend the Initiative in any legal proceedings. You must agree that recusal is your office’s only option, based on …” https://www.documentcloud.org/documents/6544644-Steve-O-Ban-letter-to-AG-re-I-976.html

Bruce Dammeier is another – “When Dammeier hears politicians attempting to undo I-976 — such as King County Executive Dow Constantine and Seattle Mayor Jenny Durkan, both of whom are filing lawsuits against the measure — he feels that the voices of the voters are being squashed. ‘I’m frustrated that people aren’t listening,’ he said. ‘They’re aren’t listening to what’s coming out of Pierce County or Snohomish County — and this is the will of the voters. … We all work for the citizens of the state of Washington … if you don’t agree with what the voters did, you’ve got to get in line with it. … the voters have spoken.” https://mynorthwest.com/1588404/dori-sound-transit-board-30-tabs/

And frankly, I’m darn impressed a Democrat legislator actually had the guts to say this:  “Elections have consequences, said Rep. Marcus Riccelli, D-Spokane, a member of the House Transportation Committee. The election is over and voters will have to wait to see what their government officials can come up with to carry out their decision.” https://www.spokesman.com/stories/2019/nov/10/agencies-lawmakers-scramble-to-fill-4-billion-hole/

The pigs at the trough had $5 million, we had nothing. They cheated, they lied, they had every advantage.

And they lost – they lost big. And if it had been a fair fight with a level playing field, we would’ve won by an even bigger margin.

Voters have said it 3 times. 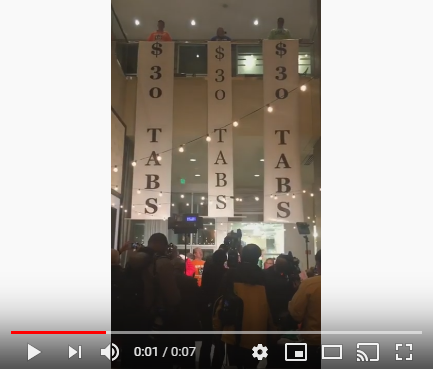 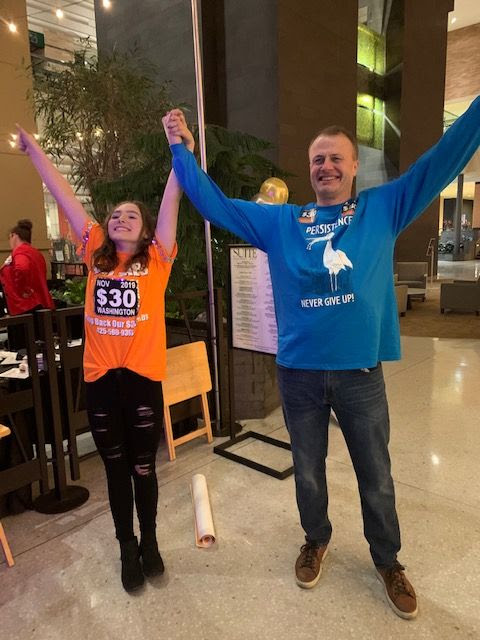