The Democrats must’ve thought nobody would legally challenge their unprecedented raid on the constitutionally-protected Rainy Day Fund.  That’s the only way to explain why they would so blatantly violate the Constitution.

To fully understand the issues involved, read the Complaint: 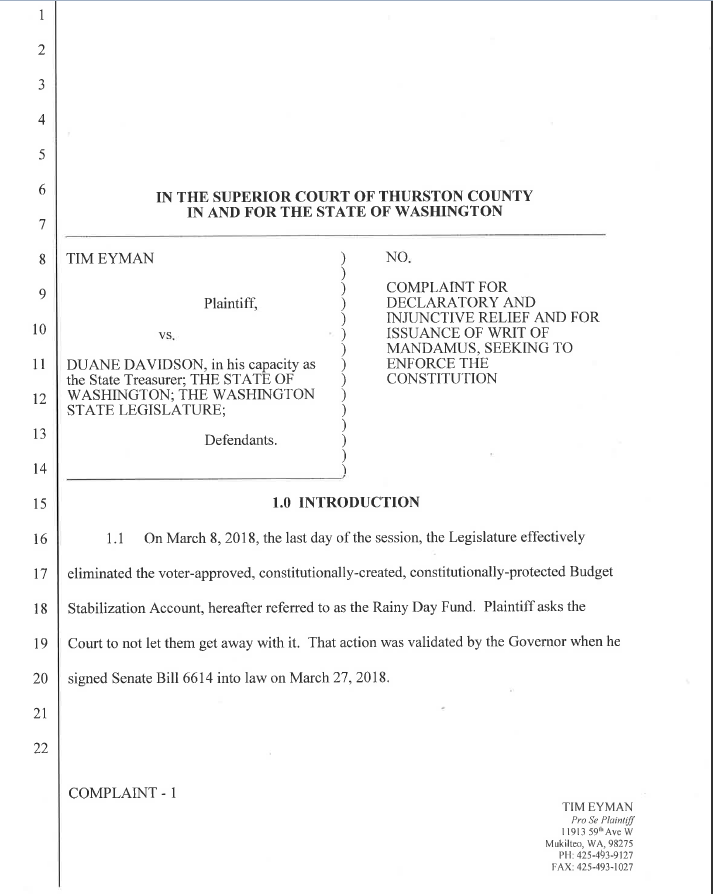 Shortly after the Governor signed this diversion of Rainy Day Funds into law, I sent a letter to the Attorney General asking him to initiate legal proceedings challenging the Legislature’s unconstitutional actions.

His response? “I cannot conclude … (that) the actions you request clearly serve the interests of the public in their capacity as taxpayers. I therefore decline to take the actions that you request.” 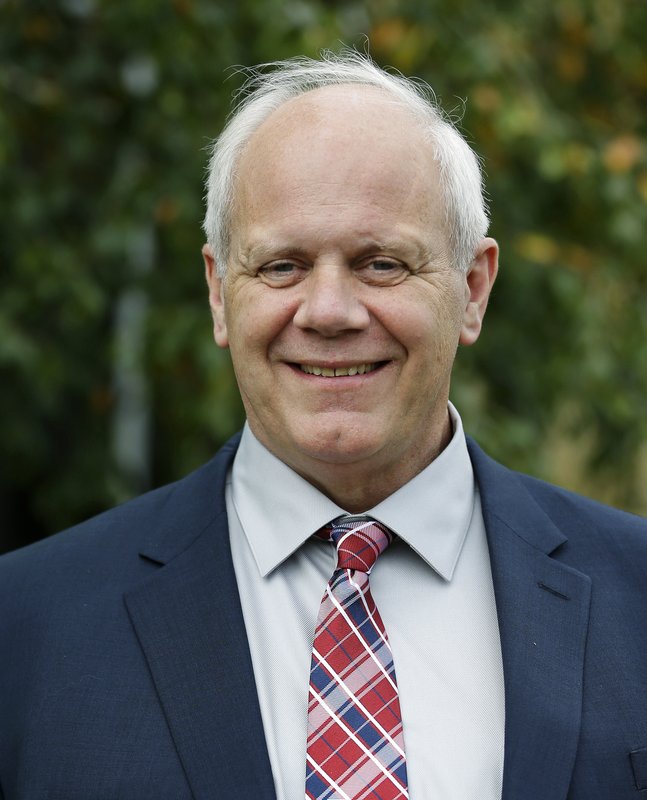 Why are you suing Duane?

It is ironic that the lead Defendant in this case is State Treasurer Duane Davidson. Why? Because he was the elected official most vehemently opposed to the Democrats’ raid on the Rainy Day Fund. He said it imperiled bond ratings, he said it set a dangerous precedent, he warnedof recessions and inadequate reserves, and he said it was irresponsible and self-inflicted wound.

So why is he named in the case? He oversees the state treasury, which includes the Rainy Day Fund, and serves as the state’s Chief Financial Officer. From the Complaint: “Plaintiff (Eyman) asks the court to declare the diversion of revenues in SB 6614 unconstitutional, enjoin Defendants (the Legislature) from spending those diverted revenues, and order the State Treasurer (Duane Davidson) to fulfill his constitutional obligation to ensure the integrity of the Rainy Day Fund by ensuring the transfer of extraordinary revenue growth into the Rainy Day Fund as required by Article 7, section 12 of the Constitution.”

And I’m thrilled that superstar attorney Joel Ard is handling it now.  As excited as I was to handle the case myself, there’s no doubt that Joel will do a better job.  To watch Friday’s hearing (either live or afterwards), click on this TVW link.

“All that is necessary for evil to triumph is for good men to do nothing.”
DONATE