We Can Count On The Voters, Not The Judges, To Toss Inslee’s Income Tax Scheme

If given the chance, here’s what voters will do to Inslee’s Income Tax Scheme: 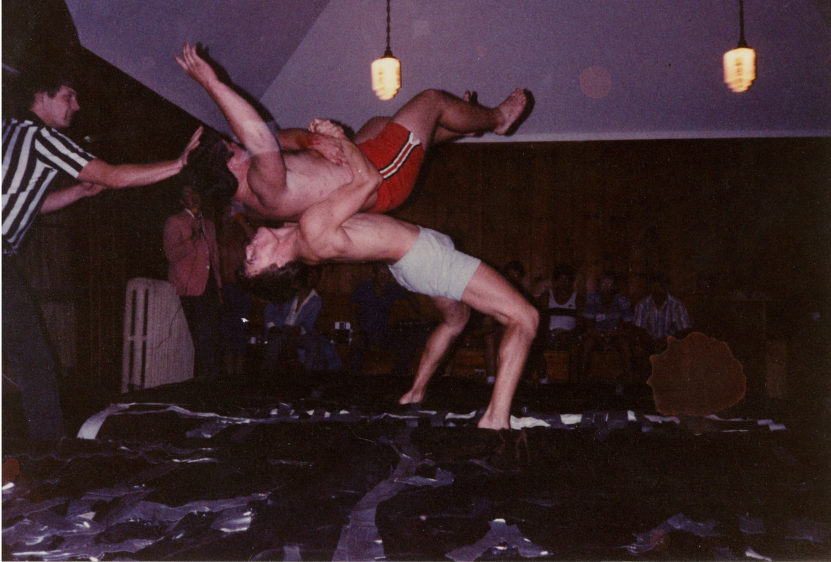 Yes, that’s me 32 years ago tossing a guy twice my size at a WSU fraternity event.  It’s a perfect metaphor for what we can accomplish together next year — and that’s to toss Inslee’s Income Tax Scheme.

Let’s accept the reality before us:  Inslee has the votes to impose an income tax — Democrats have super-majority control of the House and Senate and they’re the most socialist, liberal, progressive, kamikaze crowd of Seattle D’s ever in charge of Olympia.  We’re talkin’ Kshama Sawant / Bernie Sanders socialists running the show.  How wacko are they?  They’ve forced out Frank Chopp as Speaker because he was too conservative for them!  When Frank Chopp moves to the conservative side of the spectrum in the Democrat caucus, it just shows how socialist they’ve gone.

The only question then is this:  how do we toss Inslee’s Income Tax Scheme once he signs it into law?  There are two options:

1)  Immediately ask the voters with a citizen initiative, or
2)  Eventually get a ruling from the Seattle Supreme Court with a lawsuit.

We know we can rely on the voters:  9 times they’ve rejected an income tax at the ballot box.  They’ll do it a 10th time with the “We Don’t Want An Income Tax” Initiative like this one (we’ve been refining this initiative for years): https://www.sos.wa.gov/_assets/elections/initiatives/ballottitleletter_1503.pdf

Here’s how it’ll work:  we will collect the required signatures for the initiative from January through June and then voters will toss Inslee’s Income Tax Scheme on November 5, 2019.  A quick political execution.  And because the initiative prohibits any kind of income tax by any government, voters will also be obliterating the Seattle City Council’s income tax (which has been winding its way through the courts for years without final resolution) or any future state or local income tax.

The alternative is filing a lawsuit after Inslee signs it into law and asking the Seattle Supreme Court to decide.  Even if we had faith in judges, litigation takes years.  And all that a lawsuit will ask the court is this:  Is Inslee’s Income Tax legal/constitutional?  It doesn’t ask the judges if it’s supported by the people — it only asks if it’s permissible under our state Constitution.  Inslee said yesterday:  “I feel very confident this will pass constitutional muster.”  Inslee has all 9 judges on the Seattle Supreme Court on speed dial — do we really wanna rely on them to save the day?

With a citizen initiative, the voters are asked:  “Whether the court thinks income taxes are permitted by the Constitution or not, do you want state and local governments to impose new taxes on your income?”

We already know “absolutely not” will be the answer.  So why waste our time by spending years in court relying on political judges when we can get Inslee’s Income Tax Scheme tossed by the people lickety-split?

Don’t get me wrong:  I’m not saying it’s gonna be easy.  Qualifying initiatives for a public vote is tough.  Look at our current $30 Tabs Initiative — despite widespread public support, it took me and Karen selling off our family’s retirement fund and loaning $500,000 to the signature drive to put us in a position to qualify it.

It won’t be easy — but it is the best way to toss Inslee’s Income Tax Scheme.  And it’s something we can start immediately.

So if you agree that this is the right approach, then please donate today to help toss Inslee’s Income Tax Scheme: VotersWantMoreChoices.com/Donate — we’ve already filed the initiative that’ll toss it.

After that, make sure to sign our online petition and help us veto Inslee’s 20% salary bonus:  GiveThemNothing.com