We can’t let state and local governments get away with ripping us off — if we don’t fight back, they’re gonna think we’re OK getting ripped off 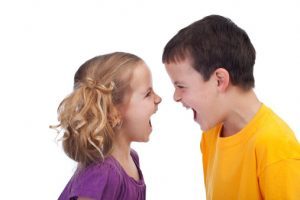 Have you ever noticed how kids are constantly testing their parents on what they can get away with?  They’re looking for how much we’ll tolerate.  And whenever our kids do something wrong and get away with it, it inspires even greater irresponsibility.

State and local governments are just like that, especially when it comes to raising taxes.

And when they get away with ripping us off, they see it as a green light to rip off even more.

There’s already a lot of talk about:

Vehicle owners have expressed their outrage over skyrocketing car tab taxes BUT ONLY VERBALLY.  That’s spurred lawmakers to sit up and take notice, leading to bills being introduced, hearings being held, and speeches being given.  But we’ve not seen any laws passed or changes made.  It’s been all talk, no action.

Why?  Because they’re testing us.  They want to see if we’re OK getting ripped off.

If we get enough signatures by December 31 and qualify Initiative 976 for a vote, then a clear message will be sent:  the people are sick and tired of getting ripped off and they’re fighting back.

And that will deter state and local governments from taking more of the people’s money from other taxes and charges like those listed above.

But if we don’t qualify, then a different message will be sent:  the people are OK with getting ripped off.  And if that happens, there’s no limit to how much politicians will take from us.

That’s why this initiative is so important.

With so much positive momentum, I’m worried that too many of us think this is a slam dunk now. It’s not. We need everyone to pick up the pace or else we’re not gonna make it.