State and local governments have an all-consuming, insatiable appetite for higher taxes. No matter how much they take from us, they always demand more. They act like we have bottomless wallets. 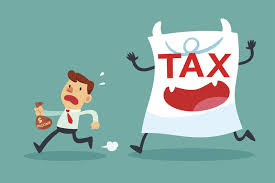 Call it tax inertia — governments are gonna keep taking more and more from us until the voters express their disapproval at the ballot box.

And that’s exactly what our $30 Tabs Initiative offers us: the chance for taxpayers to fight back against that inertia.
Think about this: with governments’ never-ending propensity to raise taxes, it’s nothing short of remarkable that our tax initiatives have saved taxpayers over $40 billion over the past 20 years. That’s $40 billion in direct tax relief from lower car tabs and limits on property tax increases.

Indirectly, taxpayers have saved billions more from our initiatives requiring a 2/3 vote of the Legislature to raise taxes. When the 2/3 rule was in effect during the legislative sessions in 2008, 2009, 2011, and 2012, the Democrats had super-majority control of the Legislature. But the 2/3 rule stopped ’em from raising taxes.

But in early 2013, the state supreme court reversed 20 years of judicial precedent and overturned the voters repeated decision to have the 2/3 rule.

What happened after that? 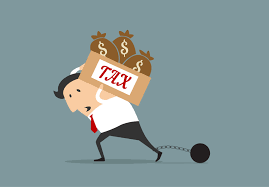 That’s $24 billion in tax hikes ON TOP OF the crushing tax burden we already have in Washington state.

There’s no shame, no compassion, no empathy for how tough it is for families to make ends meet when governments go on these tax-hiking rampages.

For the past 2 years, we tried to help people fight back against this endless tide of tax increases. But our initiatives didn’t qualify for the ballot.

When initiatives as overwhelmingly popular as $30 Tabs don’t get enough signatures, it’s because the initiative sponsor (me) failed to inspire enough folks to help.

It’s my fault we didn’t make it.

But I’m doing everything I can this year to make up for it. Yesterday, I loaned the $30 Tabs Initiative campaign an additional $75,000, bringing my total loan to $450,000 so far. I’ll eventually make it $500,000 from the sell-off of my family’s retirement account. I’m doing it because I firmly believe the taxpayers oppose this tax escalation.

My infusion of “early money” has really helped put us in a great position to qualify. And it has inspired folks to donate too. It’s really encouraging. But we still have a long way to go.

With so much positive momentum, I’m worried that too many of us are gonna assume that this is a slam dunk now. It’s not. We need everyone to pick up the pace or else we’re not gonna make it.