OUR NEW INITIATIVE STOPS ALL TAXES BASED ON PERSONAL INCOME NOW AND IN THE FUTURE!

OUR NEW INITIATIVE STOPS ALL TAXES BASED ON PERSONAL INCOME NOW AND IN THE FUTURE! Today we launched the signature drive for Initiative 1373. Please help us make it a reality.

This is our ONLY chance to FOREVER protect ourselves from any kind of income tax.

Doing a referendum on Inslee’s capital gains income tax was a trap and it would have failed. I explained why here: Democrats set a trap for us in their Income Tax bill. DON’T LET OUR SIDE FALL FOR IT … AGAIN!

The lawsuits challenging it are doomed. I explained why here: Why is Inslee ‘very confident’ the courts will OK the new capital gains income tax?

Only an initiative will kill it off.

But that one tax is only the tip of the iceberg.

For decades, state and local politicians have relentlessly pursued their Holy Grail: an income tax on all of us.

Many, many times, they followed the correct process by proposing a constitutional amendment which allowed the voters to decide.

The voters repeatedly said HELL NO and rejected them!

They kept pushing income taxes but they started calling them something else: payroll taxes, excise taxes, etc.

They did this to SIDESTEP the required constitutional process for an income tax and to AVOID letting the voters decide.

What’s needed is an initiative that stops ALL taxes based on personal income (regardless of what they’re called) that are imposed by state and local politicians who cheat by imposing them without a constitutional amendment.

That’s exactly what Initiative 1373 does. It prohibits the state, counties, and cities from imposing any tax based on personal income, whether called an excise tax, payroll tax, or other name unless statewide voters authorize it by constitutional amendment.

So this eliminates Olympia’s “excise tax” on capital gains and Seattle’s “payroll tax” because both are based on personal income and both were imposed without a constitutional amendment.

I-1373 will FOREVER stop politicians from lying and cheating their way into imposing any kind of income tax on us.

Joel Ard is one of our state’s most well-respected attorneys. He’s won several stunning conservative legal victories because he’s just plain brilliant. He’s already done a legal analysis and determined this initiative’s approach is rock solid. We’ll be releasing his legal analysis of Initiative 1373 next week.

Sid, Larry, and I trekked to the Secretary of State’s office in Olympia this morning to kick off the signature drive for our new initiative.

The first section of the initiative reads: “The people strongly oppose the constant effort by politicians to take more from already struggling taxpayers. Whether it’s local politicians like those in Seattle or state politicians in Olympia, struggling taxpayers want to put a stop to any tax based on personal income now and in the future. Voters know once Pandora’s box is opened, taxes on some of us will quickly hit all of us. We don’t want our income taxed. This measure would prohibit the state, counties, and cities from imposing any tax based on personal income, whether called a payroll tax, excise tax, or other name, unless statewide voters pass a constitutional amendment authorizing it, and nullify certain state and local income-based taxes because they were not approved by a constitutional amendment.”

You can read the complete text of the initiative here.

This is our ONLY opportunity to kill off these income-based taxes NOW AND IN THE FUTURE. This is our ONLY chance to get this critically important initiative on the November 2022 ballot (initiatives to the people next year will be impossible — California and other states are going to monopolize paid petitioners next year — Washington will never be able to compete).

Cost for a paid signature drive that guarantees I-1373 qualifies for the November 2022 ballot: $2.7 million.

To get that many signatures (400K) in such a short time-frame (Sept 9th through Dec 30th), we NEED a handful of “Mike Dunmires” to quickly step in and finance this signature drive.

In a 2005 edition of the Puget Sound Business Journal, super supporter Mike Dunmire explained why he donated so much: Why I donated $500K to Eyman’s initiative. He also said: “Washington’s been good to me, and I’ve been looking for a way to give something back, said Dunmire, 70. “Eyman is the only one out there who actually gets things done. Everybody talks,” Dunmire added, “but Eyman is all about action and getting in the trenches to fight for real solutions. The guy’s got guts, he takes the hits, and lets the voters decide. That’s appealing to me.” … Dunmire said he is willing to give more. “The limit is how long I live,” he said. “I call it public policy philanthropy — I’m not doing it for me, I’m doing it for the betterment of the state I live in and love.”

Mike was a great friend and an amazing supporter.

But his spirit — and his inspiration — lives on.

We’re going to work really hard to find some Mike Dunmires to make I-1373 a reality. We NEED successful folks who are willing to break open their piggy banks to protect themselves and all of us from any kind of income tax NOW AND FOREVER.

Many of you are friends with some Mike Dunmires.

Will you help us connect with them?

You can view the petition here: tinyurl.com/1373PetitionPDF 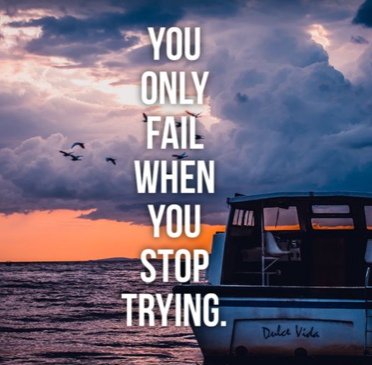